Partitioning Up Until Now

When it comes to running queries on your data lake, Hive delivers some great conveniences in being able to write SQL queries that can be converted into MapReduce jobs on HDFS (Hadoop Distributed File System). Hive provides users the ability to interact with tables by putting files in a particular directory – but this means when you query that table it will scan through every record (referred to as a full table scan), which makes queries take a long time to plan and to execute, especially at scale. To address this problem, Hive went with the tried-and-true method of partitioning, which enables you to specify a column or columns to split the dataset into smaller pieces.

For example, if the queries on a dataset commonly filter by month, you may want to partition the data by month. However, in most events and datasets, there isn’t an “event_month” field – rather, it’s usually event_date or event_timestamp. So, in order to partition by month, the ETL job writing the data to this table would have to duplicate the data in the event_timestamp field, truncate it to the month granularity, and write it to a new column “event_month.” This creates a directory in the table directory for each month, and queries that filter by this derived “event_month” field would take advantage of partition pruning and avoid a full table scan, resulting in much better response times.

However, many users of the dataset, especially new users, may not know about this duplicative field. They’re typically used to filtering by when the event really happened – the event_timestamp. If a user’s query filters for a single month, but not on the new event_month field (e.g., event_timestamp BETWEEN ‘2022-01-01’ AND ‘2022-01-31’), the query will not do any partition pruning, resulting in a full table scan and painfully slow response times.

By relying on the physical file system structure to determine what is a table and a partition, Hive tables had several disadvantages:

There’s a need for a better way of tracking tables and partitions whether using Hive with HDFS, Cloud Object Storage, or any other storage layer.

There have been several attempts to create a “table format” that can track tables in a way that eliminates many of these pain points. Each has different limitations, such as what file types you can work with, what types of transactions are possible, and more. At Netflix, a solution was created that is now an Apache Foundation Project called Apache Iceberg.

The Apache Iceberg table format separates the definition of tables and partitions from the physical structure of the files through three layers of metadata that track the overall table, its snapshots, and the list of data files, respectively. This brings many benefits:

In particular, an Iceberg feature called “hidden partitioning” helps overcome many of the challenges associated with partitioning Hive tables.

Let’s say you have a table of dentist visits with a timestamp of when the visit occurred as a column. Hive would need the timestamp column transformed into a new column to partition the data by month. In the query below,  the data is taken from one non-partitioned table and created in a new partitioned table.

The problem arises when you want to query a particular set of days within a month (example below). Even though the where clause already captures the time window based on the same visit_time column that visit_month is based on, you still have to explicitly query the month column to get the benefit of the partition (without it a full table scan would occur). This could result in someone who is not familiar with the partitioning of the table running longer, more expensive queries than they need to.

The experience is significantly improved with the Iceberg format. Instead of creating a new field to be the partition column, you can specify a column and transform it. Both are tracked within the metadata without having to  add a physical column to the table.

So when it comes to writing the files and organizing the data files and the metadata around them, such as manifests, Iceberg knows the table is partitioned by the column visit_time and the transform month. So when anyone queries the visit_time column there is no need to specify a different, partition-specific column in the query. That step is taken care of by Iceberg.

A manifest file is a metadata file that lists a subset of data files that make up a snapshot of the table at a certain point in time.

When this query is being planned, Iceberg picks up on the column by which the table is physically partitioned and automatically generates two predicates, the scan predicate, and the partition predicate to filter which manifests or delete files (files that specify deleted records that shouldn’t show up in query results of the current snapshot) the query will be executed against.

Files that track records to be removed/ignored from certain data files in a snapshot.

Hidden partitioning allows for simplified management on the table definition and data writing side. On the data access side, data consumers don’t have to know precisely how the data is partitioned, if they query based on any defined permutation of a partitioned field they will automatically get the benefits from the query planning without having to add an explicit clause to take advantage of the partition.

Iceberg metadata management provides huge gains in efficiency when writing/organizing/accessing business-critical data in the data lake. Hidden partitioning adds some very user-friendly functionality to make Iceberg easier to use and simpler to manage. Maximize your data lake by building on robust open formats like Apache Iceberg. Apache Iceberg and the Right to Be Forgotten 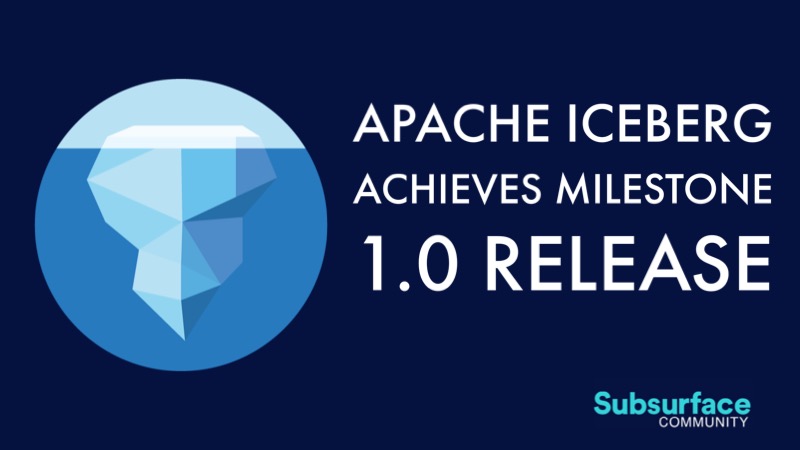